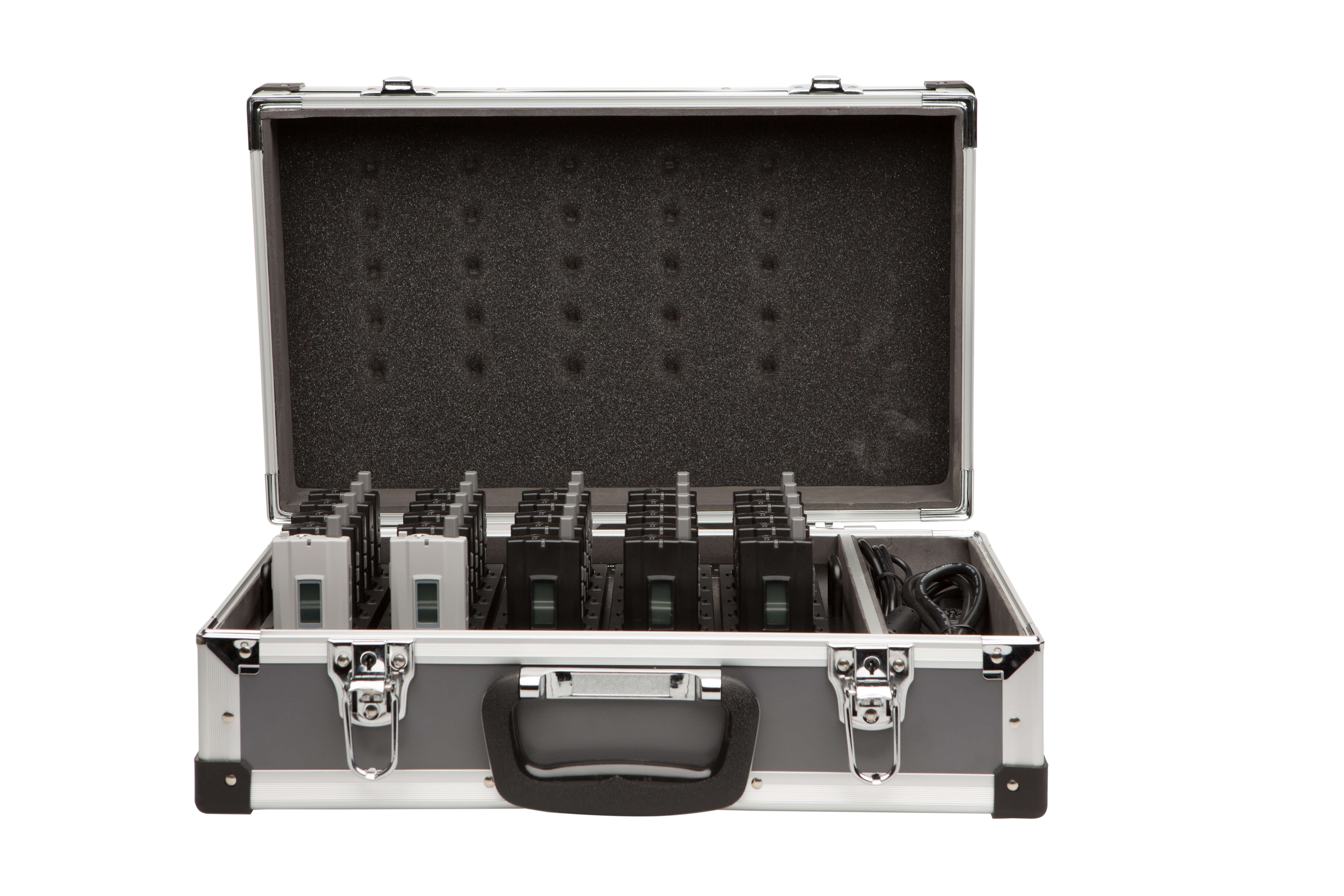 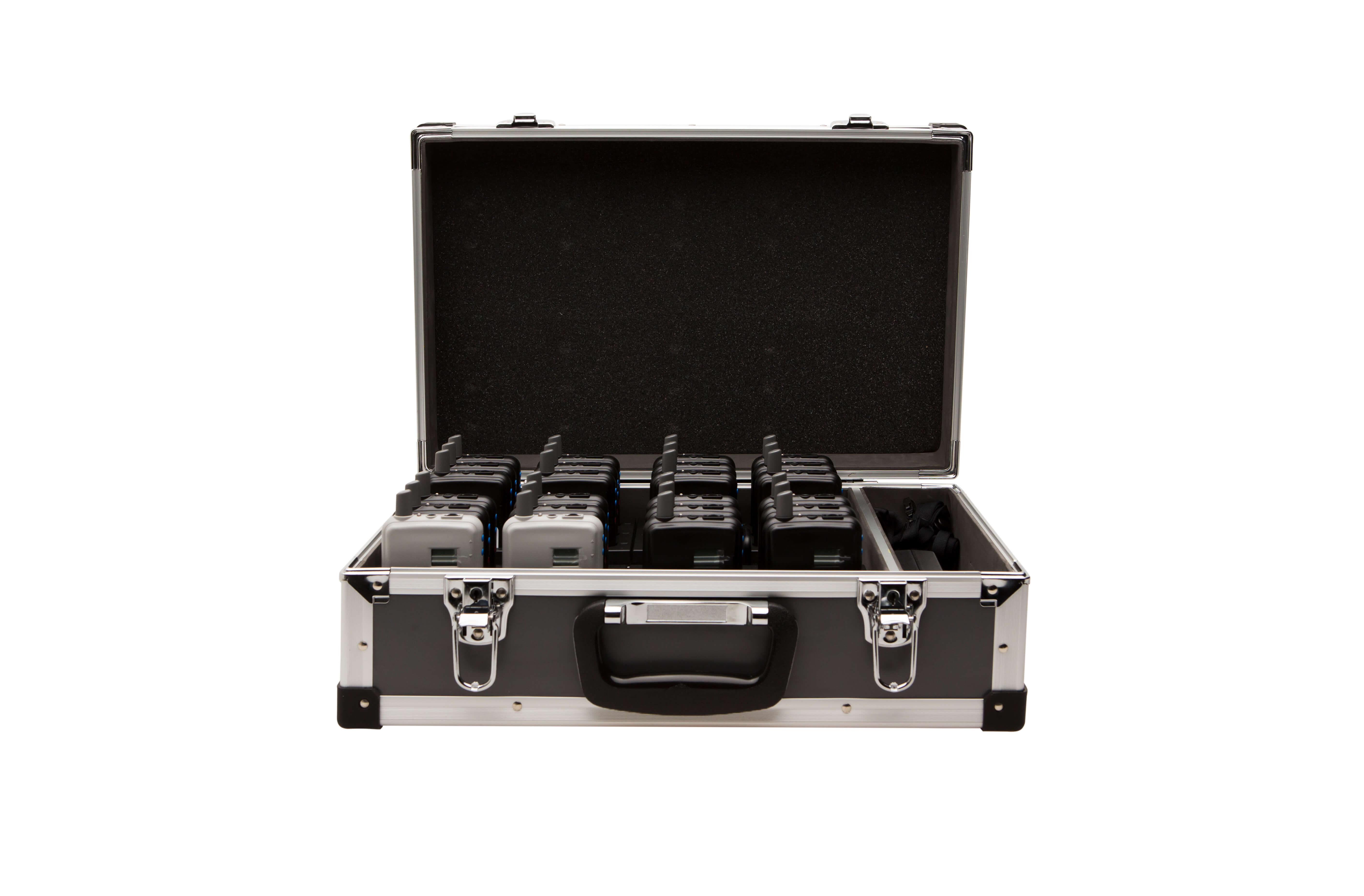 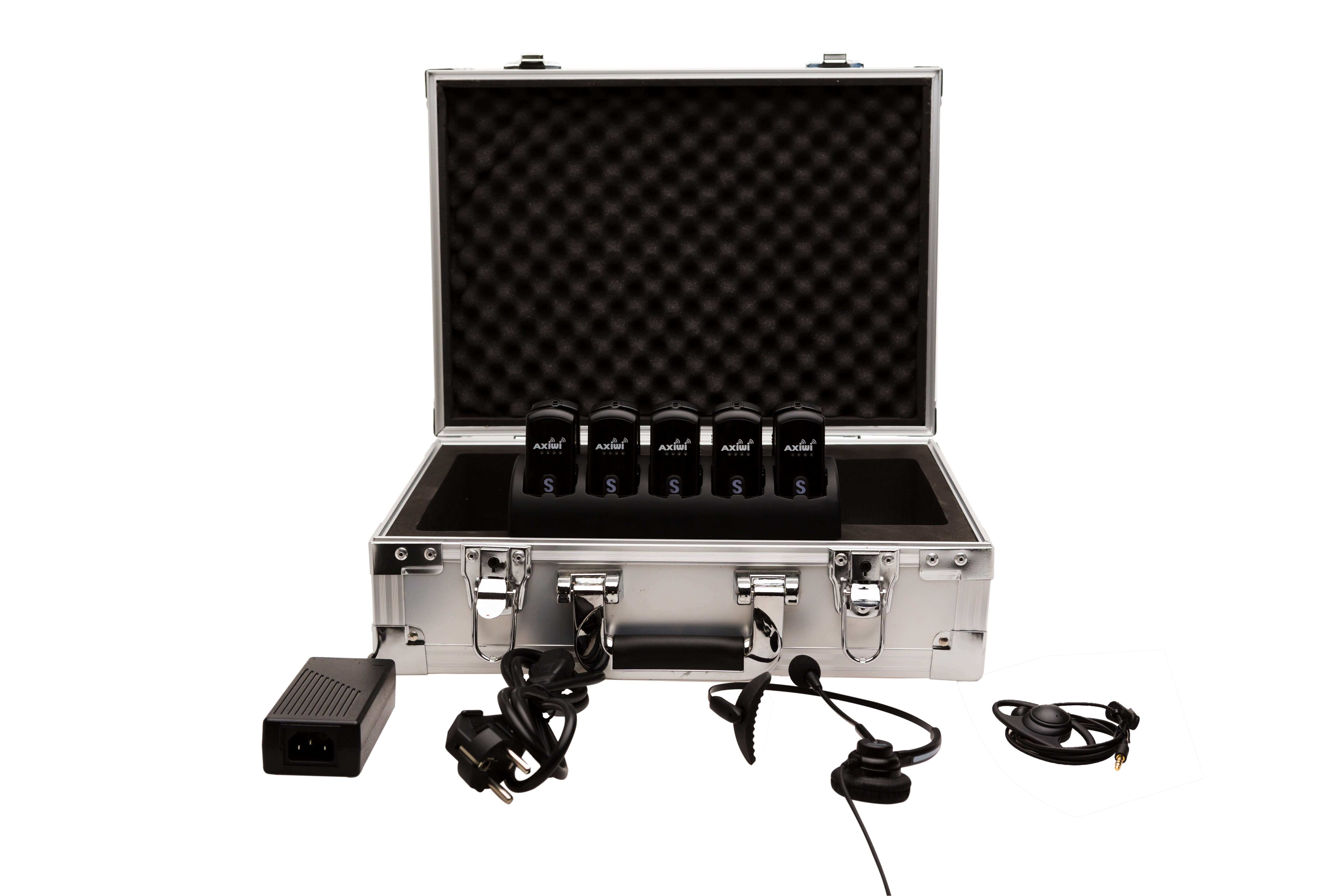 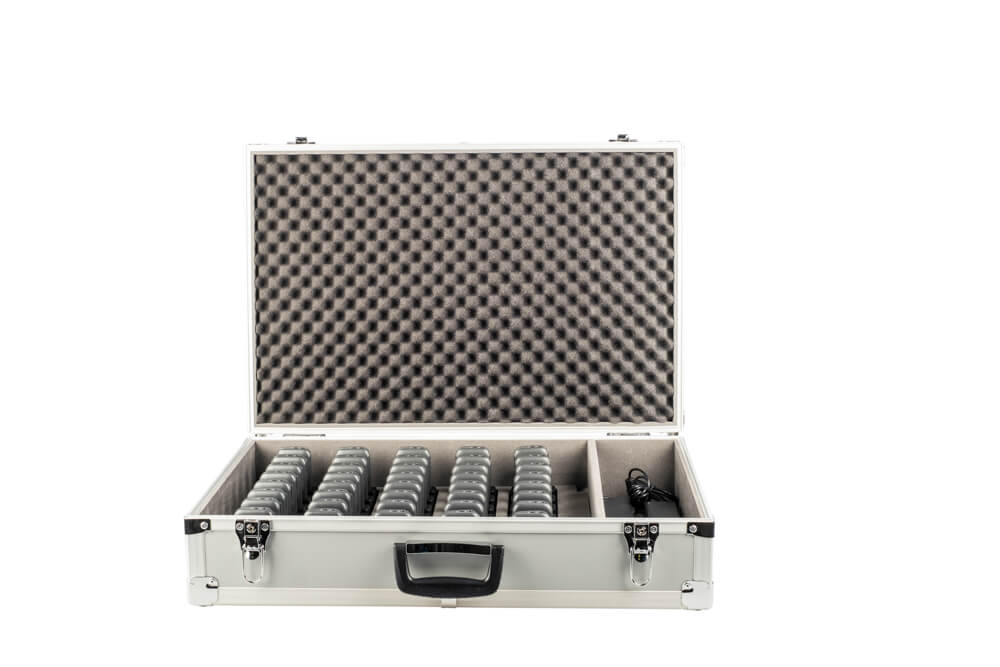 With the most other systems, translators work in separate rooms. This makes simultaneous translations an expensive affair. The spoken word is immediately translated and gets to the headphone of a participant through a network connection. The translator(s) are equipped with a headset with microphone and, possibly, headphones for receiving the narration of the speaker.

Because we can almost always work without separate rooms with the Axitour Whisper Set , our system has great price advantages. The translator can speak with a normal voice tone without disturbing the speaker.

With the Axitour Whisper Set for simultaneous translations, the number of persons that can be reached with by one translator is unlimited and only depends on the distance between the translator with headset and the receivers.

Multiple translators are possible, because each translator has a transmitter with an own channel. Intervention of other channels or systems is ruled out. 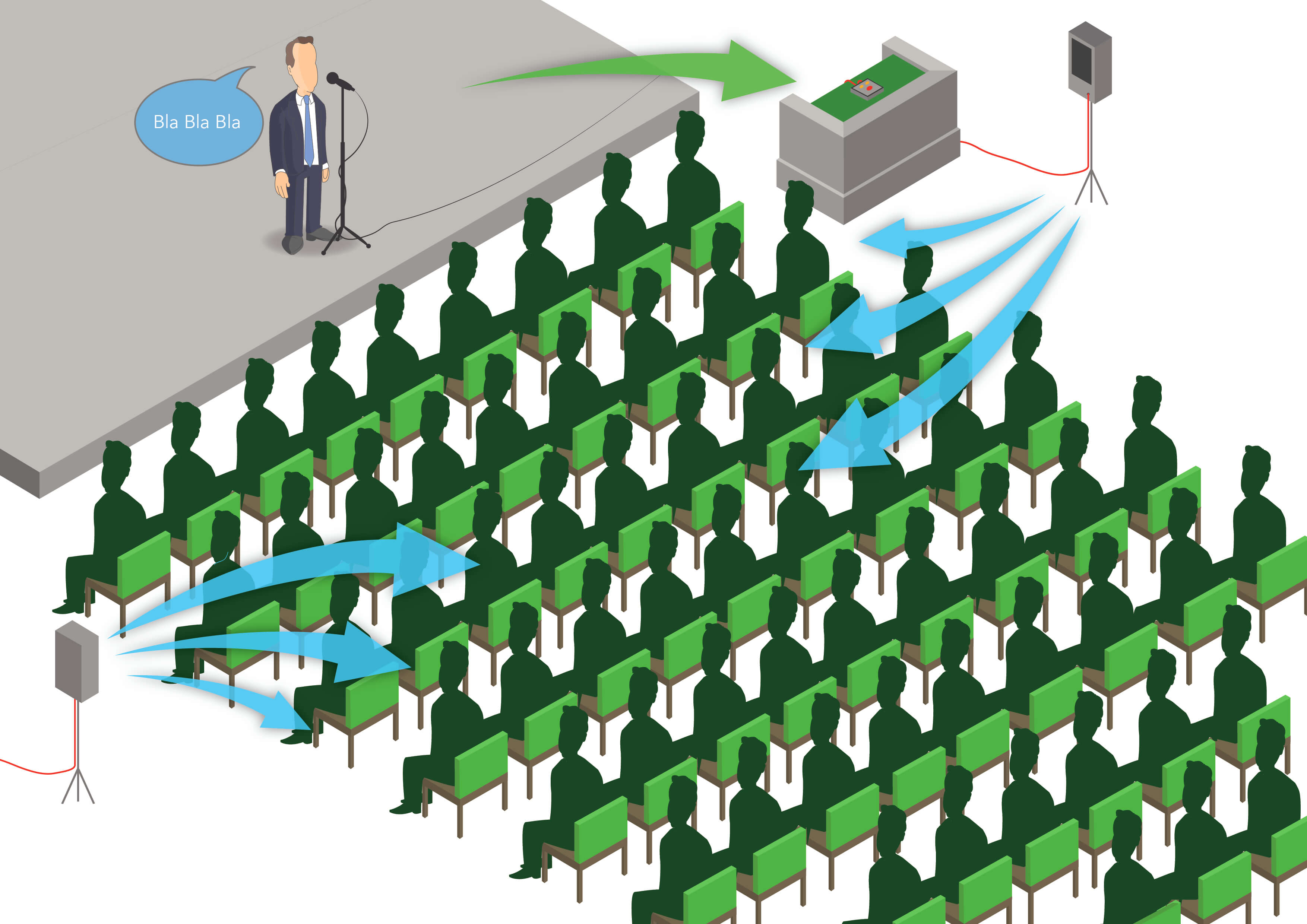 Sale and rental of communication system

Do you have a question? We are here for you.

Contact us at info@axitour.eu and we will answer your question as soon as possible.